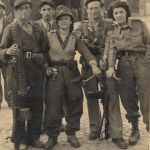 The 6th of June 2014 marked the 70th anniversary of the founding of the National Association of Italy’s Partisans (Associazione Nazionale Partigiani d’Italia, ANPI), an 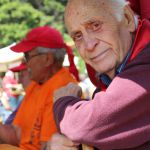 association founded by the men and women who took part in the Italian resistance against Fascism and the Nazi occupation during World War II. The association was founded in Rome in 1944 while the war in the

northern part of Italy was still raging. ANPI’s goals are the preservation of the historical role of the partisan war by mean of researches and the collection of personal memories. The defense against 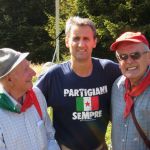 Historical revisionism and the ideal and ethical support to the high values of freedom and democracy expressed in the 1948 Constitution, in which the ideals 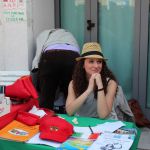 of the Italian resistance are embodied. In 2006, ANPI amended its charter, allowing those members who have not taken part in the Resistance war, to take up more responsibilities and fill posts in the Association which were previously open only to 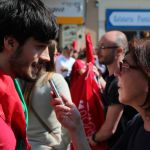 the former Partisans. This has contributed significantly to opening up the Association to the younger generations, and has brought about a significant influx of new members, including girls 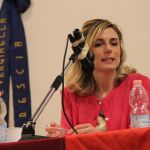 and boys as young as sixteen, and new experiences, like the founding of ANPI’s youth wing, New Resistance (Nuova Resistenza.)

For more background information, see this English language Wikipedia article, on which the above is largely based.